Tall tales and why they’re told

“(My supporters) are entrepreneurs of technology companies, former special forces people… doctors, lawyers, executives. The haters? They work at Wal-Mart… the haters are the dregs of society.”

I’ll give you one guess who I am paraphrasing in the above paragraph. You’re most likely trying to pick from a pool of two possible candidates. 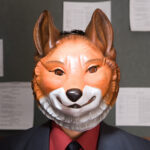 As we gear up to go on the road and shoot our first interviews, a primary focus for is to examine the similar techniques used by demagogues, narcissists, cultists and toxic fan leaders.

The power of demonizing those who disagree with you

Most effective – yet perhaps most transparent from the outside looking in – is the narcissist’s use of insults and demonization to discredit his or her opponents. As an added bonus, this also sends a not-so subtle message to the narcissist’s supporters:

“Cross me at any time, and you will be on the receiving end of my demonization.”

Narcissists are extremely thin skinned. They have difficulty being rejected or criticized in any way.

Their carefully constructed, self-serving reality always makes any disagreement the fault of the other person. And to be caught in their sphere of influence can be exhausting.

Narcissists insist on preening like peacocks, praising themselves at any opportunity while demeaning their perceived enemies as much as possible. They are always “the persecuted,” the victims of witch hunts and unfair attacks, while their own attacks on others are justified and fair because, you know… the other guys are monsters.

Just who are “the other guys”?

Unsurprisingly, “the other guys” are usually anyone who is either (a) not them or (b) not in their approved list of allies and associates. These days, manipulators have discovered a weapon of mass destruction to help them with their ongoing litany of persecution and bombast: social media.

In a future blog we’ll get into the strange phenomenon of how these manipulators can tell obvious, verifiable lies with no expectation their supporters will ever question what is being said. It is a very challenging type of bias manipulation that takes advantage of what is called the “Rebound Effect.”

But for this blog, let’s focus on the psychology of insults and fake praise.

Our main case study is Alec Peters, the self-styled leader of the Axanar fan film project. In the following video you will see the technique of overt demonization and sanctification employed throughout numerous offerings on Peters’ ubiquitous YouTube live streams.

While the entire mash-up is fascinating for its use of repetition (more on that later), pay attention to Peters’ not-so-subtle facial expressions between the 00:34 and 00:43 marks.

Take special note at the 00:41 mark, as Peters adjusts his entire expression when referring to his chosen group of perceived enemies, whom he always refers to as “the Haters.”

As you can see, the techniques are notable for their overt use of almost laughable demonization, and the fact that Peters associates his own followers with success and accomplishment. He claims they are professionals, enterpreneurs, special forces veterans (the real-world equivalent of a superhero), etc. – all things Alec claims to be or fantasizes being.

The last time I checked – and I mean this with all due respect to those in the legal profession – being a lawyer was hardly a pinnacle of societal acceptance. Perhaps Peters associates the word, “lawyer” with “success” because he studied to become a lawyer in the 1980’s.

Logic dictates he cannot possibly know the professions of his detractors. Most of them simply contributed to the funding of his Axanar project only to see that their donations (totalling almost $2 million) disappear with no completed film to show for it.

But once these contributors enter the “negative” space by questioning him or his use of their contribution, they are branded as “haters” of Axanar. They are “enemies” to be derided and demonized, sometimes in the most hilarious ways.

Say a thing often enough and people will believe it.

We all know about Adolf Hitler’s contention in Mein Kampf that the “greater the lie, the more readily it will be believed.”

In situations such as this, citing someone as repulsive as Hitler seems like an unnecessary application of hyperbole. But Hitler may have taken a cue from Niccolo Macchiavelli, who in the 16th century observed, “… one who deceives will always find those who allow themselves to be deceived.”

Manipulators, it seems, have always had a willing audience at the ready.

Because the demagogue or the toxic fan leader knows that repetition is key to placing a piece of information in the brain that cannot easily be removed.

Senator Marco Rubio is “Little Marco” to us all because Donald Trump is, frankly, a brilliant practitioner of this particular technique.

Alec Peters’ detractors are simply, “The Haters” because he only ever refers to them as such. They are dehumanized and classified with one simple descriptor that suits Peters, discredits his opponents, and feeds his need for a simple enemy.

What have I become? Well, according to Alec …

I will say that having been on the receiving end of this technique, it is fascinating, occasionally annoying, and at times rather amusing.

Much to the surprise of my friends and colleagues, I am now apparently a liar, a lazy bastard, and a thief. By an incredible coincidence, this happens to be Peters’ paraphrased description of my fellow former directors of Axanar, Christian Gossett and Robert Meyer Burnett.

One wonders if Peters’ supporters can process the obvious discrepancy between this characterization and the fact that Christian, Rob and I are multiple award winners in our respective fields with roughly 70-80 years of collective experience in the entertainment industry between us.

I wonder how I am going to break the news to my Mum?

We need your help

The team making INTO THE WORMHOLE: The Battle for Axanar needs your help to bring the long string of vexatious behavior, abuse, bullying and intimidation to an end.

That end will, in all likelihood, come in a court of law – and that means lawyers and money.

We know the research we’ve done to this point helps us make a strong case, but we need your help to make sure that case gets heard. By making a pledge of support today, you can help us continue to build momentum toward completing our documentary project.